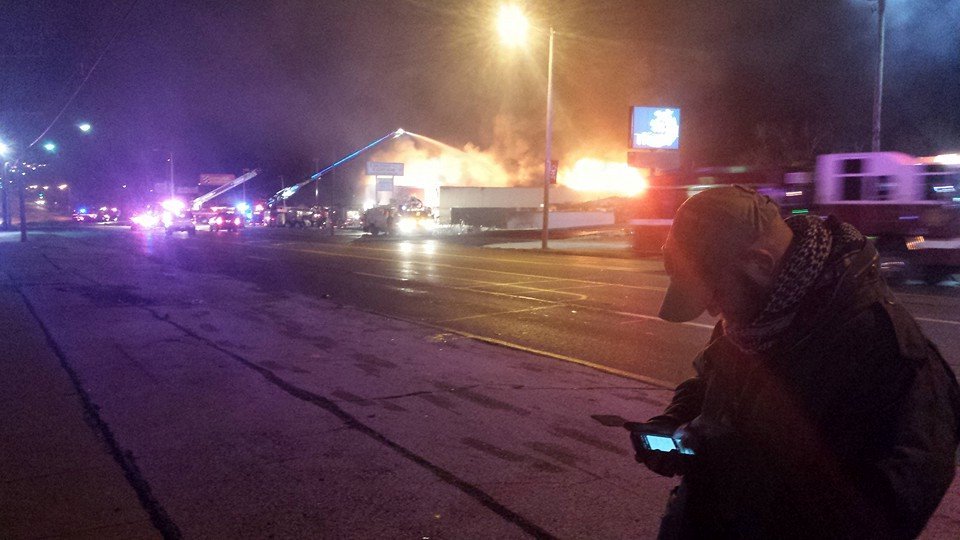 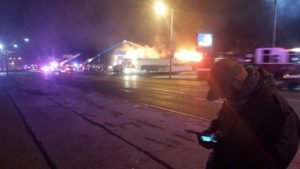 Most attempted revolutions target the national government of a country. The power of a government rests solely in one thing: its monopoly on violence. While governments may also maintain a monopoly on other facets of society such as banking or even the national means of production, these additional monopolies are maintained through the use of violence. All governments achieve all domestic agendas through the use of violence against their own citizens.

Even in the land of the free, people are deterred from jaywalking by the barrel of a gun. If a citizen jaywalks, they are issued a ticket, if the ticket is not paid, a warrant is issued for their arrest, if the citizen does not turn themselves in, the police are dispatched, if the citizen does not comply with police orders, violence is initiated by law enforcement. Every domino that falls in any chain of interaction with a government regulatory body brings the citizen one step closer to violence being used against them.

If the only power of the state rests in its monopoly on violence, how sensible is it to adopt a strategy that continues to exclusively grant the state this power?

There is a narrative that suggests that throughout history nonviolent revolutions have occurred. People are of course familiar with the nonviolence preached by Gandhi and how his determination and resolve broke the British Empire. Of course, that isn’t an entirely accurate portrayal. Gandhi endorsed the Quit India Movement, but did not lead it. The movement, much like today’s movements, was extremely decentralized and lacked any leadership. Some of the movement’s “nonviolent activities” included bombings and arsons at police stations, courthouses, and post offices. The railways were also sabotaged.

The Indian National Army (INA) conducted a guerrilla war against the British for three years from 1942 to 1945. While the operations of the INA were militarily ineffective, they succeeded in cementing popular support and demonstrations in support of the INA often turned into riots. Gandhi himself commented on the amount of support the INA gained from Indian citizens when he said “the hypnotism of the INA has cast its spell on us.”

Nationalism in India sprang into maturity in the late 1800s, Gandhi showed up on the scene in 1920, independence was achieved in 1947. The nonviolent revolution in India was anything but nonviolent, and it is interesting to note that within five years of the widespread introduction of violence, the fifty-year-old movement achieved its goal.

The next example of nonviolence people are handed is that of Martin Luther King, Jr. and the victory over institutional racism in the United States. Of course, many will say that battle is far from over. I would agree, but that shouldn’t detract from the major victories won by the civil rights movements in the 1960s.

First, it should be noted that the Civil Rights Movement didn’t begin in the 60s, unless of course we’re talking about the 1860s. The fight for civil rights began the day the last shot was fired during the Civil War. In fact, the term “separate but equal” that institutionalized segregation came about as a result of Plessy v. Ferguson in 1896. The landmark Supreme Court decision was in response to an act of nonviolent civil disobedience that was attempting to end Louisiana’s segregation on trains. The act failed, but it served to keep the spirit of freedom and defiance alive.

The Civil Rights Movement most Americans are familiar with started about 50 years after the Plessy case. Oddly enough, it didn’t begin with a charismatic black preacher, but rather an old white guy.

“It is hereby declared to be the policy of the President that there shall be equality of treatment and opportunity for all persons in the armed services without regard to race, color, religion or national origin. This policy shall be put into effect as rapidly as possible, having due regard to the time required to effectuate any necessary changes without impairing efficiency or morale.”

The above, which is part of Executive Order 9981, came from President Truman in 1948. World War II ended three years before, and a vast majority of the military brass believed that black Americans had earned their keep during the war. The Secretary of the Army disagreed with Truman and was forced to resign, but by 1954 the US military was officially desegregated in every way.

Once the military was desegregated, it became harder to justify it anywhere else in society. Of course, backward people tried. Now we enter the timeline that is summarized every year on Martin Luther King’s birthday: Brown v Board of Education (1954), Rosa Parks (1955), Little Rock (1957), the lunch counter sit-ins (1958), the Freedom Rides (1961), “I have a dream” speech (1963), and then poof the Civil Rights Act of 1964.

Sounds like what you were taught in school, right? Why is it that for almost 100 years the civil rights of blacks were trampled on, only to be handed over because of some powerful speeches and a little bit of civil disobedience? The civil disobedience had been occurring the whole time. Was Martin Luther King really that persuasive? Did anything else happen that might have expedited the transition?

There was one interesting string of events that coincided with the rest of that timeline. Birmingham, Harlem, Columbia Avenue and countless other communities rioted. It was one of these riots that led President Kennedy to propose the Civil Rights Act.

“It was the black-on-white violence of May 11 – not the publication of the startling photograph a week earlier – that represented the real watershed in Kennedy’s thinking, and the turning point in administration policy. Kennedy had grown used to segregationist attacks against civil rights protesters. But he – along with his brother and other administration officials – was far more troubled by black mobs running amok.”

There’s no reason to take Bryant’s word for it though, declassified tapes show that the Birmingham riot was the reason for Civil Rights Act. Robert Kennedy said

“The Negro Reverend Walker…he said that the Negroes, when dark comes tonight, they’re going to start going after the policemen – headhunting – trying to shoot to kill policemen. He says it’s completely out of hand….you could trigger off a good deal of violence around the country now, with Negroes saying they’ve been abused for all these years and they’re going to follow the ideas of the Black Muslims now…If they feel on the other hand that the federal government is their friend, that it’s intervening for them, that it’s going to work for them, then it will head some of that off. I think that’s the strongest argument for doing something…”

“First we have to have law and order, so the Negro’s not running all over the city… If the [local Birmingham desegregation] agreement blows up, the other remedy we have under that condition is to send legislation [The Civil Rights Act] up to congress this week as our response…As a means of providing relief we have to have legislation.”

The reality of nonviolence

The idealism of nonviolence is to be applauded; however it makes an amazing jump in critical thought. In order for nonviolence to be successful, the opposition must have some sense of morality and justice. When the opposition maintains a monopoly on violence and is prepared to use violence to oppress a people, attributing decency and morality to their forces seems a little too optimistic.

Nelson Mandela is also held up as an icon of nonviolence. He began as an activist who employed nonviolence as a tactic, when it failed, he led the armed wing of the African National Congress. When he was imprisoned in 1985, he was offered release if he would renounce violence. He stayed in prison. Mandela wasn’t an idealist, he was a pragmatic man. In his owns words

“I was not like them [King and Gandhi]. For them, nonviolence was a principle. For me, it was a tactic. And when the tactic wasn’t working, I reversed it.”

Historically, it seems that nonviolence is the method used to gain popular support for an idea, but violence is still required to push the revolution to its conclusion. It isn’t a fact that many in today’s activist circles want to accept, but that’s ok. It isn’t something that Dr. King or Gandhi ever accepted. Mandela is the exception rather than the rule when it comes to individuals switching tactics. Years of nonviolent resistance brings the idea to the forefront; and a relatively short burst of violence typically carries the idea forward to its goal.

While I understand the historical realities of nonviolence, I can’t bring myself to advocate violence. Insurrections in the modern age are terrible, bloody events that create not just the standard casualties of war, but casualties related to having a shortage of everything except the tools to kill each other. When revolution reaches its apparently inevitable violent conclusion in the United States, the best that anyone can hope for is that it ends quickly with as little loss of life as possible.

In a way, being an activist is a lot like being a home renovator. Both are trying to make something that is unlivable livable again. Both have a specific set of tools that can be used to accomplish their goals. If the renovator has tried the screwdriver, the wrench, the hammer, and the saw; he may have to resort to a total demolition to bring about the desired result. Likewise, if the activist has tried voting, petitions, marches, and direct action without being able to sway the authorities; she may have to resort to violence to achieve the desired result. It’s a tool that is often the last resort of those that have been trampled on and subjugated for too long.

Author’s note: I checked several other typical examples and they either fell short of a revolution like Iceland (It seems revolutionary because the rest of the governments sold out their own people), or the nonviolent revolution included substantial violence. Alternatively, many seemingly peaceful revolutions only succeeded briefly before the tensions spawned violence (Ukraine). The only shining example I could find was that of the suffragettes, who wielded a power far more potent than violence: sex.