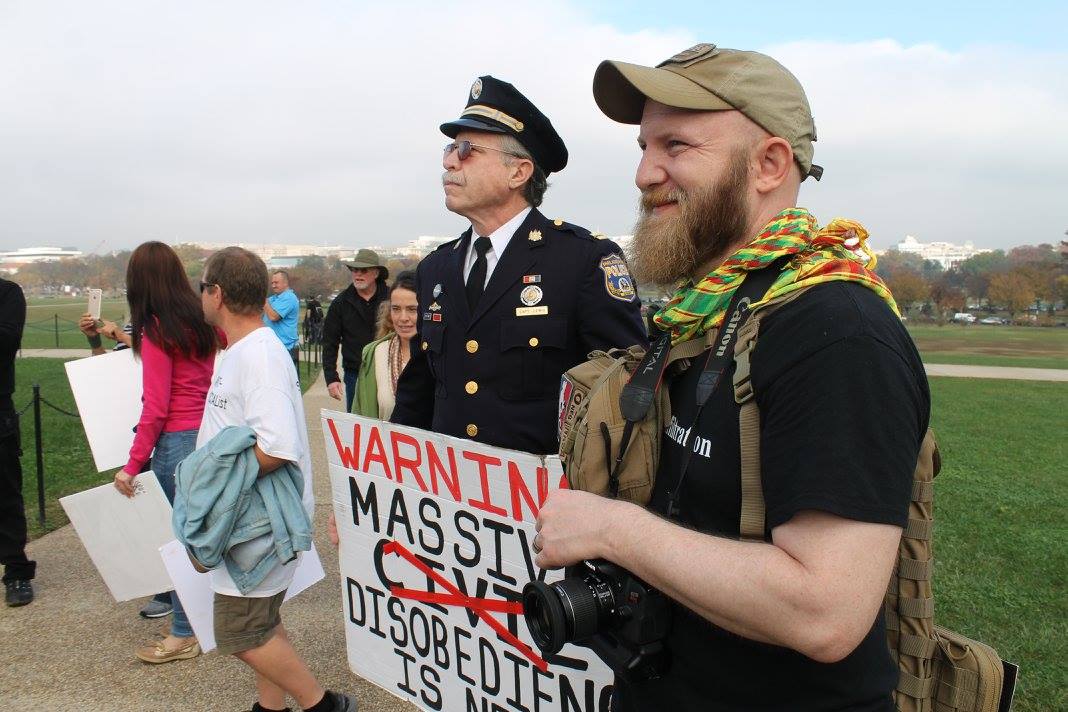 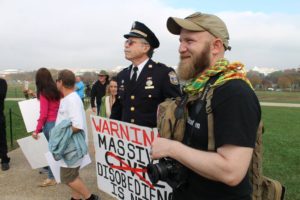 It may seem difficult to connect some of these to the movement for police reform. All of these, indeed every single government regulation is enforced by the barrel of a gun. No matter how trivial the law, an infraction places you at the wrong of end of a cop’s gun. Even the act of feeding the homeless can in some areas put you seconds from death. When the police arrive and the person feeding the homeless resists having his rights violated, he will be shot. If he simply moves to quickly to pack up his kitchen utensils and the officer fears for his life because of the fork or knife, he will be shot.

The common response is “don’t fight the cops,” but it’s only uttered when the speaker agrees with the law being enforced. Those who chanted their support for the ranchers who engaged in an armed standoff with the Bureau of Land Management are the first to condemn a drug dealer for the same activity. The problem with attempting to justify the killings, especially of the unarmed who resist, is that every law has a supporter. There will always be someone who will cheer on the death of someone else at the hands of the state. There will always be someone who believes their moral compass overrides your rights. “Don’t fight cops” is really saying:

“You have no rights. Do as you’re told by the government or die.”

It’s a coward’s response. It’s the response of someone who can’t take responsibility for their own actions and needs a nanny state to tell them how to behave. This statement betrays the speaker’s inability to run their own life, and the fact that they seek approval from the government.

According to Amnesty International:

Any law or regulation that violates your rights will be enforced by local law enforcement. Even if the law is federal, local law enforcement will assist in destroying your life. Police are becoming more and more militarized and are getting away with the murder of unarmed people more and more often. If you will stand for your rights, a failure to support the police accountability movement is surrendering any future you may have. Your rights will be whittled away piece by piece and it will be the thin blue line who makes sure you comply with the government edicts or die attempting to resist them.

The bi-polar nature of American politics guarantees that, no matter which side of the political spectrum you are on, you will face more regulation every eight to twelve years or so. A person would have to reach back to the 1860s to find a period of time when a party controlled the Presidency for more than 12 years. The left passes laws regulating the right, and the right passes laws regulating the left. Every year you face more regulations that are enforced by barrel of a gun. You will not be able to vote away the tyranny of the thin blue line. If they are permitted to kill at will and without consequence, eventually they will be pointing a gun at you to infringe upon a right you hold sacred. If you resist, you will die.

The fight to reform American police departments is the most pressing cause in the nation. If reform does not happen, the nation will morph into a totalitarian state or it will plunge into insurrection. Whatever your pet cause is, without police reform it is worthless. You will only slow the steamroller of government, you won’t stop it. When it comes time to force your kids into a government school, it will be unrestrained thugs in blue who kick in your door. When you demand to keep your Second Amendment rights, it will be the thin blue line that tosses a concussion grenade into your home. When you try to stop your land from being seized, it will be a cop who holds your family at gunpoint and forces you to leave or die. Without ending the state’s rampant monopoly on violence, any victory will be short lived. As long as officers walk free after killing the unarmed or while enforcing unjust laws, you have no rights. The state’s monopoly on violence trumps any of your so-called inalienable rights, they will murder you and they will walk free.

You must seek tangible reform of law enforcement before it’s your turn to stare down the barrel of a government-issued weapon and decide whether to live under the heel of an overreaching government or die.