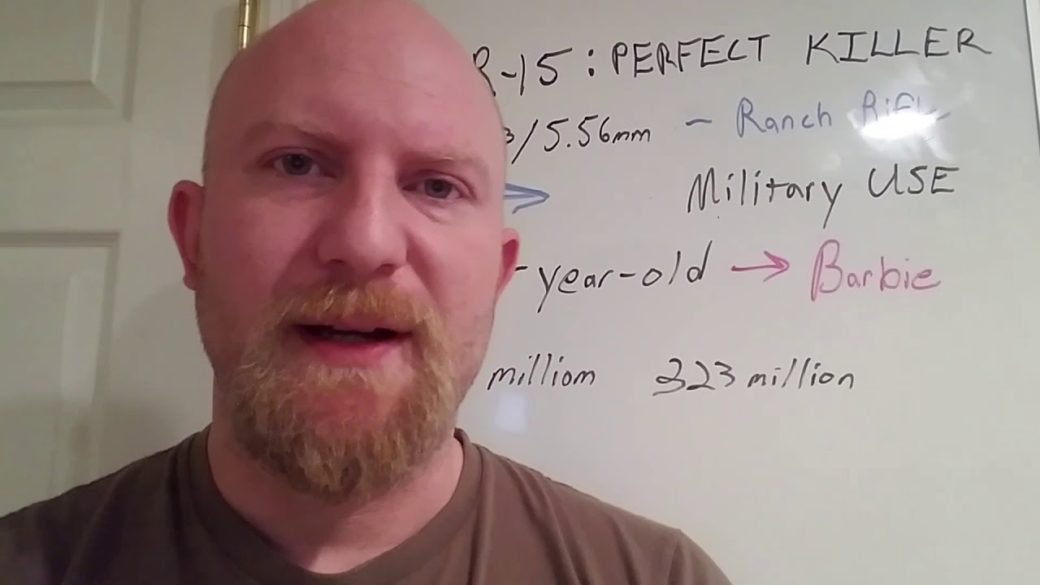 Why is the AR-15 used in so many mass shootings? The answer might surprise you.

It’s not a matter of lethality, power, or design. It’s sheer numbers. Take the four minutes to kill a debate that shouldn’t be happening. If you want to address the problem, maybe focus on why a rifle modeled after a military weapon is so popular in the first place. A nation that glorifies violence and war, will have violence and war on its streets.

For more reading, read the “The facts that neither side wants to admit about gun control”

Basic history of the AR-15 via Wikipedia: The Colt AR-15 was introduced in 1964. It is a semi-automatic version of the United States military M16 rifle. The first version was the Colt AR-15 Sporter, in .223 Remington, with a 20-inch barrel and issued with 5-round magazines.[1] Colt continues to use the AR-15 trademark for its line of semi-automatic AR-15 rifles that are marketed to civilian and law-enforcement customers. Over the decades, Colt has made many different types of AR-15 rifle and carbine models, including the AR-15, AR-15A2, AR-15A3, AR-15A4, and many other models.